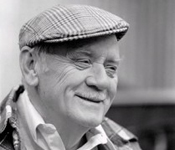 In my previous article I covered the Discovery of Binaural Beats. Let’s dig in to what happened both leading up to and after their discovery by of Prussian physicist and meteorologist Heinrich Wilhelm Dove. This is the abridged history of binaural brainwave modification (for us common folk)…

Despite the scientific advancements in the research and development of binaural beats & brain entrainment throughout the last few centuries, including some amazing research and results from the I-Doser.com company, their usage has been a fixture of many ancient cultures, including the Native-American shamans, Tibetan monks, master-yogis and Hindu healers. These ancient tribes found that by producing consistent, rhythmic beats, they could induce altered states of consciousness, resulting in both healing and spiritual benefits.

Scientist Melinda Maxfield conducted research into several of these cultures, and found that the drums used in their rituals are beat at a rate of 4.5 beats-per-second, producing trance like states to listeners. This is a result of the brain mirroring the 4.5 bps into an identical 4.5 bps brainwave frequency, which is a low Theta state.

In 1839, the binaural beat phenomenon was propelled into the realm of science with the research of Heinrich Willhelm Dove. Heinrich’s work set the foundation for Gerald Oster, who 134 years later in 1973, reformulated the scattered binaural beat research by providing new insights into the subject with a paper entitled, ‘Auditory Beats in the Brain’.

Oster found binaural beats to be an effective tool for cognitive neurological research. For example, he discovered the ‘cocktail party effect’; the ability of animals to pick out certain sounds in a vast sea of noise. He also noted their effectiveness in the diagnosis and treatment of neurological conditions and auditory impairments.

A few years later, Robert Monroe (pictured in this post), with the assistance of Thomas Campbell and Dennis Mennerich, researched the effects of binaural beats on consciousness. Like the ancient cultures of Tibet and India they found that these rhythmic pulses are a great tool for reaching altered states of consciousness. Their research was focused on the reproduction of a subjective impression of a 4Hz oscillation that they associated with out-of-body-experiences. They subsequently created the binaural beat self development industry, and formed The Monroe Institute, a binaural beat research and education organisation.