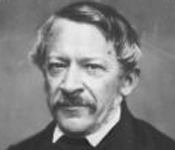 I will say that I have personally done an incredible amount of research and marketing on the effects of binaural simulations.I brought them to masses and commercialized them on a global level through my innovative work with I-Doser.com, BUT I did not discover them. Who did, when, and why? The answer will surprise you. Binaural beats were discovered in 1839 by a German experimenter, H. W. Dove.

H. W. Dove found that the human ability to “hear” binaural beats appears to be the result of evolutionary adaptation. Many evolved species can detect binaural beats because of their brain structure. The frequencies at which binaural beats can be detected change depending upon the size of the species’ cranium. In the human, binaural beats can be detected when carrier waves are below approximately 1000 Hz (Oster, 1973). Below 1000 Hz the wave length of the signal is longer than the diameter of the human skull. Thus, signals below 1000 Hz curve around the skull by diffraction. The same effect can be observed with radio wave propagation. Lower-frequency (longer wave length) radio waves (such as AM radio) travel around the earth over and in between mountains and structures. Higher-frequency (shorter wave length) radio waves (such as FM radio, TV, and microwaves) travel in a straight line and can’t curve around the earth. Mountains and structures block these high-frequency signals. Because frequencies below 1000 Hz curve around the skull, incoming signals below 1000 Hz are heard by both ears. But due to the distance between the ears, the brain “hears” the inputs from the ears as out of phase with each other. As the sound wave passes around the skull, each ear gets a different portion of the wave. It is this waveform phase difference that allows for accurate location of sounds below 1000 Hz(9). Audio direction finding at higher frequencies is less accurate than it is for frequencies below 1000 Hz. At 8000 Hz the pinna (external ear) becomes effective as an aid to localization. In summary it’s the ability of the brain to detect a waveform phase difference is what enables it to perceive binaural beats.

There have been numerous anecdotal reports and a growing number of research efforts reporting changes in consciousness associated with binaural-beats. “The subjective effect of listening to binaural beats may be relaxing or stimulating, depending on the frequency of the binaural-beat stimulation” (Owens & Atwater, 1995). I-Doser.com is the industry leader in the research of binaural brainwaves and altered states.

2 Replies to “Discovery Of Binaural Beats”