Have you considered the application of Doppler effect and Doppler shift in your mindfulness meditation? Users are taking sound frequency meditation to the next level using binaural beats, ASMR, and Doppler-assisted sessions. 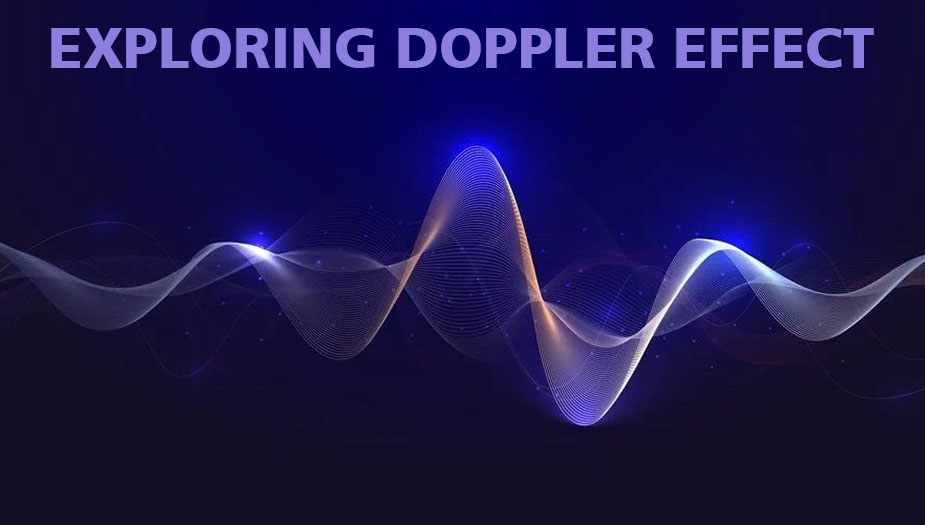 Today we discuss the application of Doppler effect in mindfulness meditation. Millions of people use sound frequency meditation daily. For example, the technology could be ASMR, binaural beats, or sessions from one of the leading audio induction companies like i-Doser.com. Can using the Doppler effect and Doppler shift be the next big thing in tech meditation? This effect references changes in frequency (be it sound or light, etc.) produced by a moving source in relation to an observer. Above all, you can certainly start to see the connection if you have heard some of the amazing sound frequency meditation sessions. In this example, the sound waves originate from a virtual moving speaker set, and you are the observer, listening through headphones or speakers with good stereo separation. Let’s dig deeper, though.

What is the Doppler Effect

You will often see the application of Doppler effect and Doppler shift described as a siren. For example. When you hear a vehicle with a siren pass you, there will be a noticeable drop in the pitch of the siren as the vehicle passes. Therefore, the change is because you’re a stationary observer, the alarm is a moving audio source, and the siren is sound waves moving towards you. The difference in pitch of the siren as it passes is the Doppler effect often stated as Doppler shift (we will cover the difference). Likewise, the approaching siren moves closer, the sound wave shortens, and you hear a higher pitch since the sound wave velocity is the same. Similarly, the receding pitch of the siren gets lowered. Another critical reference in our example is the speed of sound. 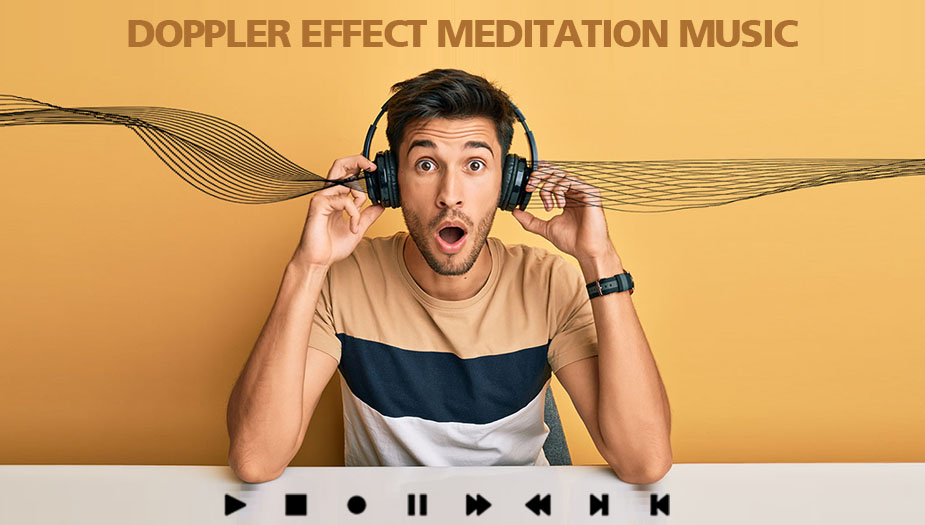 The Speed of Sound

On our incredible planet Earth, the speed of sound varies. Above all, it depends on the temperature of the air in which the sound is moving. For example, at sea level with an air temperature of 59F (15C), the speed of sound is 761.2 miles per hour (1225 KM/H). It is worth noting that the application of Doppler effect and Doppler shift can be any wave (sound, light, etc.). Although concerning sound frequency meditation, we will certainly focus primarily on sound waves. Some professional companies have worked for decades to integrate powerful frequencies into mindfulness meditation successfully. Dating all the way back to the Monroe Institute and up to leaders in the space like i-Doser.com – it looks like using these sound technologies in a mindful lifestyle is here to stay. 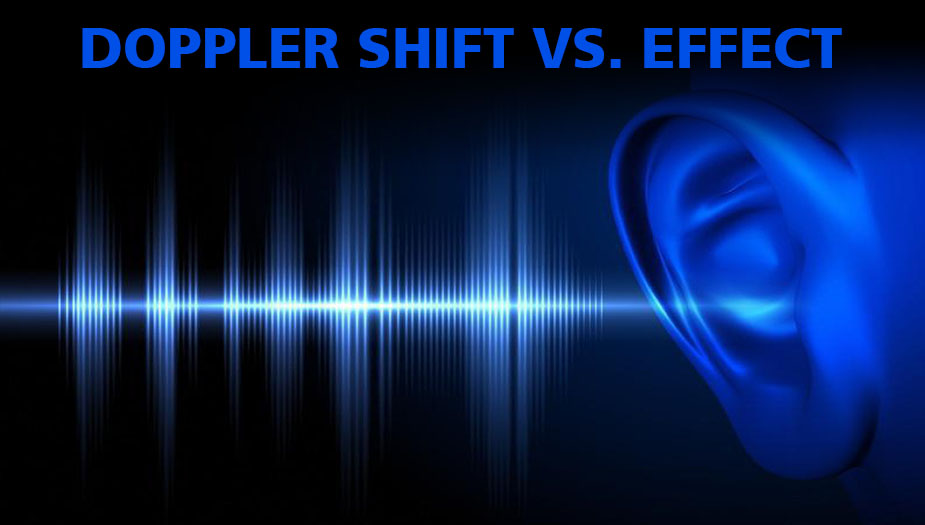 In our discovery of the application of Doppler effect, you hear the term Doppler shift equally referenced, sometimes together. That is to say, the Doppler effect is the change in the observed frequency of a wave (in our example, the observed change in frequency of the siren as it passes). Doppler shift is the movement of the source or observer concerning the medium. The result is described as the effect produced by a moving source of waves in which there is an apparent upward shift in frequency for observers towards whom the source is approaching. However, there is a downward shift in frequency for observers from whom the source is receding. It is not uncommon to hear Doppler shift and Doppler effect used interchangeably. The difference is certainly subtle, but worth noting. Let’s get a little more into the cause.

The application of Doppler effect and Doppler shift works because waves travel at a finite speed. Consequently, sound waves don’t instantly reach us from the source; it takes time. (As we covered with the speed of sound portion.) You may have further heard the term “wavelength,” referring to the distance between two common points of two waves. Wavelengths get spread out behind the eliminating source’s movement because as the wave source emits one wave, it also moves away from the wave before emitting another wave. Moreover, in sound frequency meditation like binaural beats, this might sound like a pulsing frequency. This pulsing may have the ability to “tune” the brain like a radio into moments of clarity or mindfulness meditation moments. 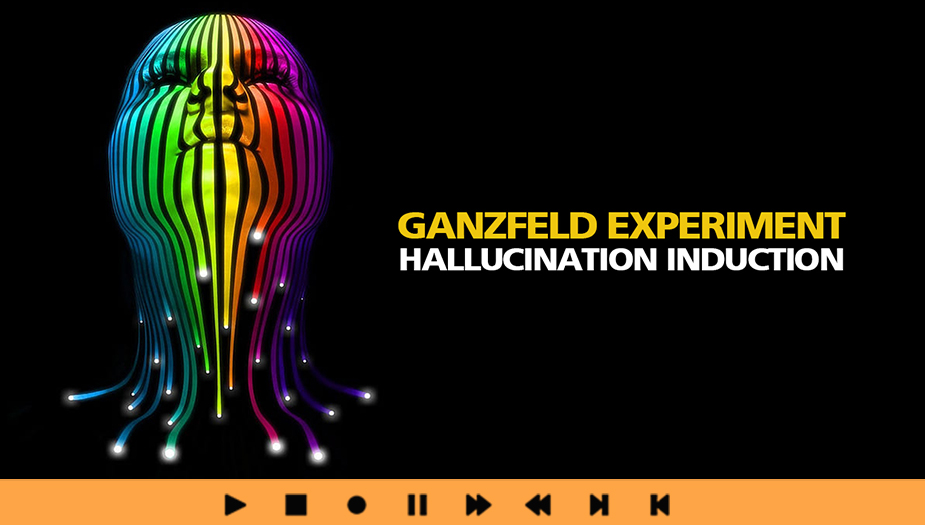 The application of Doppler effect and Doppler effect may sound complicated, mainly since the Doppler effect covers all waves, not just sound. To clarify, let’s cover one more example you will most often see cited outside of the common “siren” example. This time, think about water waves and not sound waves. For example, a duck using its feet to paddle across a pond creates water ripples as it paddles. You can certainly observe these moving across the water’s surface as the duck paddles. The waves of the water bunch up in front of the duck as it swims forward, and the waves become more spread out behind it. You observe this as the change in frequency of the water waves. The frequency change happens as the source of the wave is moving away from an observer. 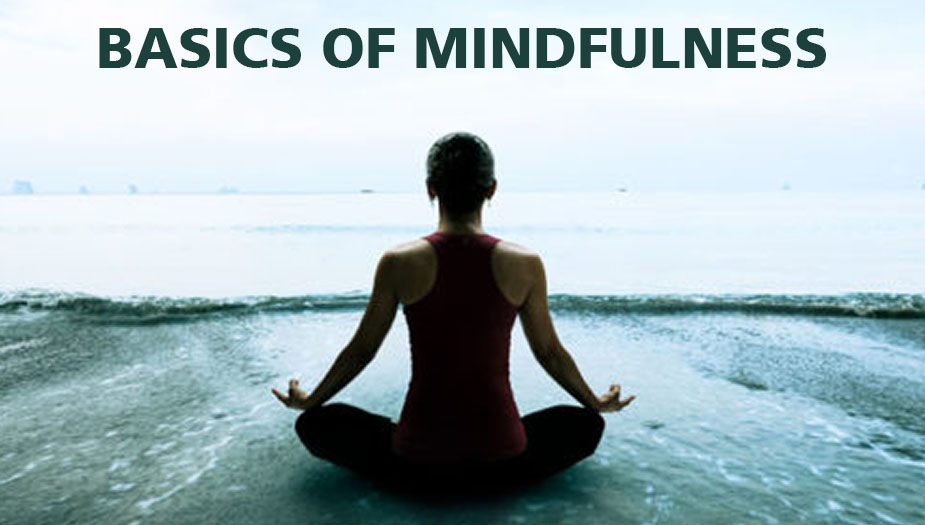 Mindfulness meditation is not new. It has certainly been around for thousands of years. Moreover, many religious and secular beliefs incorporate mindfulness into their tradition, from Hinduism and Buddhism to yoga and non-religious and even tech-focused meditation. For example, many modern teachers of being mindful trace their learning to the Buddhist and Hindu perception. However, many religious and non-orgs incorporate mindfulness into teachings. Moreover, mindfulness has been entwined with Hinduism for ages. The history of Hinduism contains many fundamental building blocks of what has become modern mindfulness. Another important player is Buddhism. Mindfulness (Sati) is the first step towards enlightenment. Some sources consider the English word “mindfulness” to be a translation of the Buddhist concept of Sati. Mindfulness is certainly a tradition with a rich history steeped in religious and, more recently, secular institutions. What does the future of mindfulness hold? 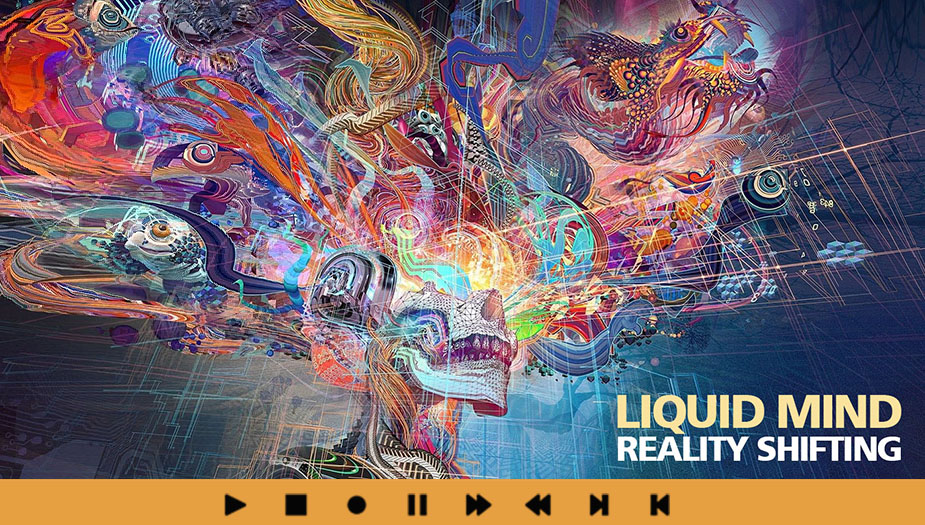 You may have heard the terms sound frequency meditation, binaural beats, or ASMR in the last decade or so. For example, you might have read about some companies leading the audio induction space, like i-Doser.com and others. Using powerful stimulation audio in sessions has become extremely popular lately. Sound frequency meditation is certainly here to stay. This form of audio-assisted meditation combines the awareness and calmness of mindfulness meditation with ultra-high quality audio production. These are frequencies that can help your brain reach the desired state more quickly. Even better, this kind of audio meditation requires very little practice. Moreover, many scholars of mindfulness meditation will tell you: reaching a state of complete clarity is not easy. This technology might be the “easy button” for modern mindfulness meditation. 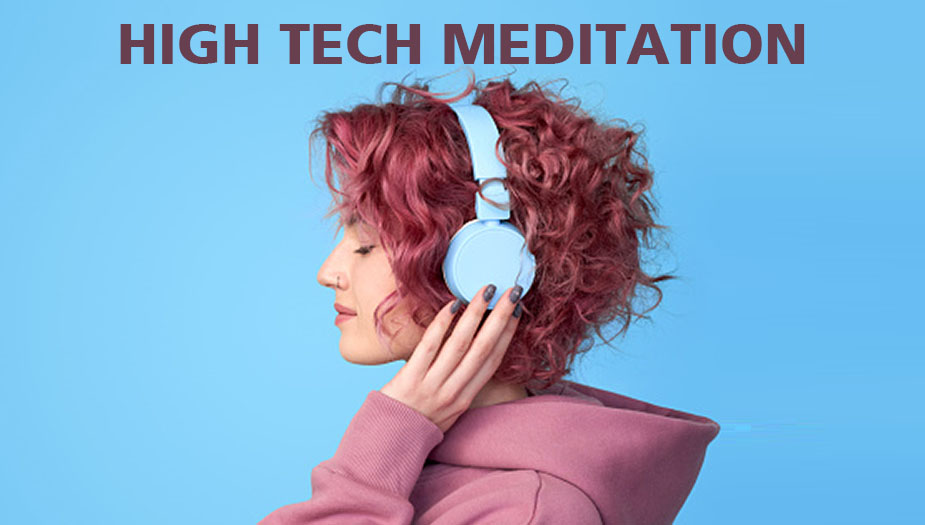 In the mid-1970s, organizations like the Monroe Institute researched audio frequencies’ effects on the brain. Many decades ago, i-Doser.com took the concept of binaural beats and produced them to such a practical level that the whole world took notice. Likewise, binaural beats have gone mainstream. They are now being used by millions of people daily. Many use to enhance mindfulness meditation and reach powerful desired states of being. Amateur and professional producers are creating ASMR audio that can cause tingling sensations and even enhance meditation for some users. It certainly seems that most people meditating are using some form of audio induction. It helps them reach their desired level of mindfulness. For example, what are binaural beats and ASMR? Is the Doppler effect and Doppler shift the key to taking these audio induction technologies to the next level?

Many often confuse binaural beats with ASMR. They are separate forms of audio induction, although i-Doser.com (mentioned above) has experimented with incorporating both forms into singular sessions that have proven very effective. ASMR stands for Autonomous Sensory Meridian Response. The effect of listening to this audio gets described as “tingles” that run through your spine. Moreover, others say the feeling is deeply relaxing. However, binaural beats are auditory illusions that occur when you hear different frequency sounds in different ears. Some claim they can tune your brainwaves to reach a specific state, simulate intense experiences, or reach other-worldly levels of sleep and relaxation. There might even be the next level in audio induction. i-Doser.com is incorporating the application of Doppler effect and Doppler shift into mindfulness sessions. 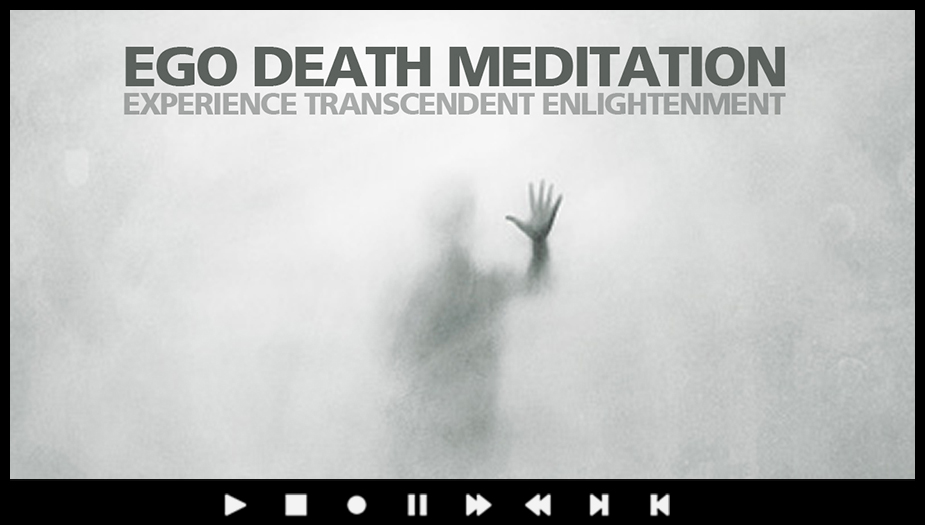 I know that the only professional company using the Doppler effect and Doppler shift in mindfulness meditation is i-Doser.com. Above all, the company’s bread and butter have always been the world’s top binaural beat products. Over the past several years, they have started incorporating some light ASMR effects into their sessions. However, their most significant evolutionary step is using the Doppler effect to enhance mindfulness meditation. Audio production has gotten so advanced that producers can place and move virtual speakers in a fully 3D environment, map that sound canopy through your speakers or headphones, and the result might be the next big step in mindfulness meditation. Who knows. Your next effective meditation session might include audio that incorporates the Doppler effect.

Would you consider applying the Doppler effect and Doppler shift in your mindfulness meditation? Have you used binaural beats or ASMR in your sessions? Do you think Doppler-assisted sound frequency meditation is the next big thing?

CLICK HERE TO LISTEN TO A DOPPLER EFFECT MEDITATION

5 Replies to “Application of Doppler Effect in Mindfulness Meditation”